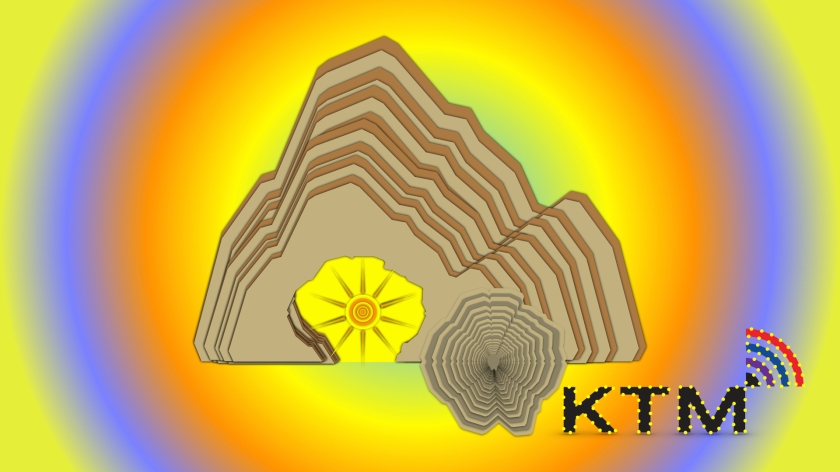 …..While Dr Cooper and Brandon were still catching their breath from mourning over the sacrificial love of his courageous and loving friend, the phone rang unexpectedly in the middle of the night. It was Rob, one of Dr Cooper’s long-time friends and patients. “Hi Joe, I need to talk to you, this is very urgent…” Dr Cooper could tell the anxiousness from the tone of Rob’s voice. “I need a second opinion, my daughter Jane, was diagnosed with Rhabodomyosarcoma, (a cancerous, soft tissue tumor). Since this is located behind her left eye orbit and cheekbone, the specialist from Sick Kids Hospital said her left eye had to be enucleated. Oh my goodness, this can’t be right, please, help me and tell me that it’s alright to keep the eye…..” Rob was still mumbling on and Dr Cooper comforted him, “Come on, Rob, take it easy. Why don’t you bring Jane to see me tomorrow? I’ll meet you in my office the first thing in the morning, OK?”

“This is a very rare eye-cancer, chemotherapy is one of the treatments, but if it does not improve after such a long time, I guess we should take the specialist’s advice and go for the surgery.” Dr Cooper was reading Jane’s report after careful examination. “Aren’t you the specialist? You are the famous Ophthalmologist in town; can’t you do anything about it?” Rob was pressing on. “Don’t worry; Jane will be as beautiful as she is now after the operation. She could always have plastic surgery and no one could tell the difference. Also, you could get her a good Seeing Eye Dog until she is fully adjusted to her right eye vision. Everything will be fine.” Dr Cooper was comforting Rob.

“You are not helping me because you still hold the grudges that Shelley ran away with me 25 years ago. You want to take the revenge on my family to get even!” Rob exploded insanely. “Don’t get me wrong, Rob. What has past has past! Yes, to be honest with you, Shelley is exceptionally good in all aspects. She is bright and beautiful, has a charming personality and vivacious temperament. She is every guy’s ‘dream-girl’. I have to admit that the emotional pain was unbearable and I was brutally hurt at that time. Back then I was not a Christian and I was just following my own desire and passion. I owed it all to Frank, who influenced me with all Christian values; I discovered that my relationship with Shelley was infatuation instead of genuine love. Frank asked me to forgive and forget….After he passed away; I suddenly realised that I was so wrong for being such a self-centred person. I regretted that I did not listen to him before and prayed that God would grant me a second chance. I repented and turned back to God. Since God forgave me, I don’t think I have the right to remember others’ wrong. In addition, I know that Shelly is not the one that God prepared for me, and I need to thank you for preventing me to make the wrong decision.” Dr Cooper expressed calmly.

“I am sorry, Joe, I didn’t mean to bring back the topic. I know you have already forgiven us, or else, we won’t be friends again. It’s because of your big heart that brought us to Christ. I guess Jane’s disease is just driving me crazy and I am too concerned….” Rob started to whisper quietly. “It seemed that you haven’t disclosed everything to me. You are a pretty sensible and shrewd person and this behavior doesn’t sound the real you. What is actually bothering you?” Dr Cooper asked. “Well, I am afraid that she won’t be the same perfect Jane when one day we will be raised from the dead. She will only have one eye and is defective! This less than perfect image is haunting me.” Rob finally told the truth. “You know what? Your worry is nonsense.” Dr Cooper replied with confidence, “In regard to the nature of the resurrected body, Paul mentioned that we would not have the same earthly body. It is related to the former body, yet differently. The earthly body is perishable, but the resurrected body is imperishable and glorified! Our bodies will be transformed, like Christ, not the same old body again. You don’t have to worry about it anymore….” (To be continued)

How will you react if you were Jane, Rob, and Joe?

35But someone will ask, “How are the dead raised? With what kind of body will they come?”

36How foolish! What you sow does not come to life unless it dies.

37When you sow, you do not plant the body that will be, but just a seed, perhaps of wheat or of something else.

38But God gives it a body as he has determined, and to each kind of seed he gives its own body.

39Not all flesh is the same: People have one kind of flesh, animals have another, birds another and fish another.

41The sun has one kind of splendor, the moon another and the stars another; and star differs from star in splendor.

42So will it be with the resurrection of the dead. The body that is sown is perishable, it is raised imperishable;

45So it is written: “The first man Adam became a living being”; the last Adam, a life-giving spirit.

46The spiritual did not come first, but the natural, and after that the spiritual.

47The first man was of the dust of the earth; the second man is of heaven.

1 Draw a question mark at the place where you have difficulty of understanding.

2 Find out the two questions in 1 Corinthians 15:35 and number them in ascending order.

The resurrection of the Lord Jesus was a historical fact; therefore, the Apostle Paul cited a group of eyewitnesses who could testify this truth (15:1-11). Furthermore, owing to the fact that Christ was the pioneer of resurrection, thus the dead Christians will resurrect for sure, and Paul used various personal experiences to proof it (15:12-34). Finally, the Apostle pointed out that our present bodies will perish but will receive a glorious body in the day of our resurrection (15:35-49).

1 How did the Apostle introduce the manner of raising the dead?

2 When Christians are raised from the dead, how will their bodies be?

There are two questions in verse 35: 1) what manner will the dead resurrect? 2) when Christians raise from the dead, what will the nature of their bodies be? Paul moved on to quote illustrations from the nature and the Scripture to explain the truth concerned.

The “fool” mentioned here was not only a rhetorical usage, but it was also an insult to those who raised an ignorant or immoral objection.

The Apostle Paul inferred those who raised the above two questions foolish (15:35), and used common agricultural understanding to reveal their stupidity. If people desired to have their seeds germinated, the initial thing for them to do was to bury the seeds in the ground and let them die or decay (15:36). The appearance of the seeds of wheat or some other kind in the ground was completely different to its look when it has grown up as a plant. “Reap what you harvest”. This is the rule of nature. Since the believers got eternal lives from God, they would have glorified bodies at the end (15:38).

40 There are bodies in the heavens, and there are bodies on earth. The glory of the heavenly bodies is different from the beauty of the earthly bodies. 41 The sun has one kind of glory, while the moon and stars each have another kind. And even the stars differ from each other in their beauty and brightness. (15:40–41, NLT)

Whether it was its physical form or its glorious state, there were differences between heavenly and earthly things; it was very easy to comprehend. The physical bodies of believers were weak and corruptible on earth; however, when they are resurrected, their bodies will become perfect and glorious.

Paul compared the bodies of the believers before and after their resurrection; the former was perishable, dishonorable and weak, and the latter was imperishable, glorious and powerful.

Regarding the major difference between the bodily form before and after resurrection, the former bodily form was natural, and the latter was spiritual. “Natural body” is the physical body of a person, and it is influenced by an individual’s natural and fallen instinct. “A spiritual body” is the resurrected body of a believer.

Paul’s purpose of quoting Genesis 2:7 was to point out the difference between Adam the ancestor of humankind and Jesus Christ the Head of the Church. Adam was “a living being,” to be exact, he was an animated creature. On the contrary, Jesus Christ was a life-giving spirit. When the Lord Jesus overcame death, He became a life-giving spirit and granted life of resurrection to the believers, thus they were redeemed as a result (Jn. 1:4; 3:36; 5:26, 40; 6:33, 35; 10:10; 11:25; 14:6).

Chronologically speaking, Adam was the first human appeared in the history of humankind; and as he sinned, the whole humankind was being cursed. When the last Adam appeared, Jesus Christ accomplished the salvation of humankind and sinners could be saved through His redemption.

By comparing the origin of Adam and Christ, Adam the first human was of earth, and Christ the Last Adam was of heaven. Conclusively speaking, there were many major differences between both of them. Therefore, the descendants of Adam possessed humble earthly bodies, and those who belonged to Christ would have glorious heavenly bodies.

Regarding the ending of the first Adam and the Last Adam, the difference is great. The descendants of Adam must go through physical death; on the contrary, those who are of Christ will have a glorious body.

1 Do not become a fool by rejecting the resurrection and other biblical truths.

2 We have to preach the Gospel of Jesus Christ by telling others that humankind can attain a glorious body and eternal redemption.

4 Resolve to read more apologetic books about the resurrection of Christ, as means of strengthening one’s own faith and able to testify to other people more effectively.

5 Owing to the fact that the Lord’s Day is a day to remember Christ’s victory over death, we must have a higher regard on Sunday worship.

6 Resolve to read more apologetic books about the resurrection of Christ, as means of strengthening one’s own faith and able to testify to other people more effectively.

7 When physical weakness and sickness affect us, let’s grab hold of the hope that we will have a glorious body in the future.

8 Let’s face our daily life with hope; wholeheartedly believe that we will be with our gracious Lord and reunite with our saved relatives and friends in heaven.

By applying the biblical truths to their lives, believers would experience God. When the Bible students experience God and His truths, they should follow the example of the early Christians of testifying to non-believers and believers boldly. By means of speech, we witness to non-believing friends and to edify believers alike. The fourth step of the iEXP Bible study is “Proclaim”.