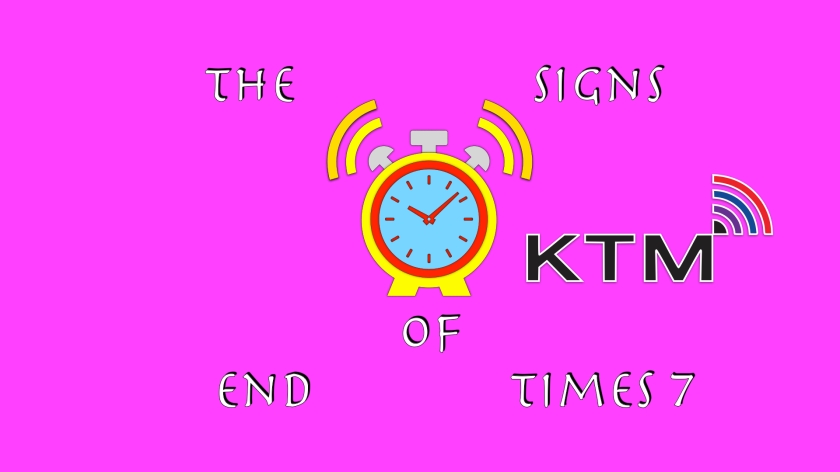 11And many false prophets will arise and lead many astray. (Matthew 24:11 ESV)

Whenever new valuable products have come out in the market, their counterfeit counterparts would soon appear. There are fakes in the world: fake sneakers, fake handbags, fake baby milk formula and even fake money.

This is how FBI trains their agents to identify counterfeit bank notes, the investigators do not need to study fake money, but they need to study real money to the fullest extent.

Before the Lord Jesus returns to the earth, many false prophets will appear and deceive people with false prophecies (Matthew 24:11).

What is the best way to identify false prophets? The best method is to know what genuine prophets are.

What are prophets? Prophets are the spokespeople of God, and most importantly, their prophecies must be fulfilled (Deut. 18:22).

Since ancient times, many false prophets have claimed to be the spokespeople of God. Out of the many fake prophecies, they even dared to foretell the date and place of the return of Jesus Christ. The Watchtower (Jehovah’s Witnesses) is a cult. In 1968, they hinted that the world would end in 1975. As we can tell today, it was just another fake prophecy. In 2011, Harold Egbert Camping, 89-year-old founder of Family Radio, stated that Jesus would return to the earth on May 21 that year. As the prophecy wasn’t fulfilled, some people labeled him as a false prophet.

The Teachings of the False Prophets

The ministries of God’s prophets are to edify, exhort and comfort. However, false prophets not only would bring chaos and confusion, but they would eventually lead people away from the true God.

God is Trinity, He is the triune God.

After the rapture of genuine Christians, the Book of Revelation foretells the false trinity will unite together to ruthlessly deceive the world. According to the New Testament, many false prophets will appear on the scene, but the ultimate false prophet is Satan’s “best partner”. Based on the New Testament accounts, false prophets are motivated by greed (2 Peter 2:3, 13), they are arrogant (2 Peter 2:18), immoral (2 Peter 2:2, 10–13), and ungodly (Jude 4). In recent years, many church-related incidents have disheartened us: greedy church leaders, a pastor’s embezzlement of church funds and clergy sex scandals. Dear friends and Christians, the Lord Jesus reminded us with these words: 15“Beware of false prophets, who come to you in sheep’s clothing but inwardly are ravenous wolves. (Matthew 7:15 ESV) Perhaps, because of sinful human nature, even Christians and clergies committed terrible sins. But, those greedy, arrogant and sexually immoral so-called believers, are in fact wolves in sheep’s clothing.

The Work of the False Prophets

Before the Second Coming of Jesus, many false prophets will appear in the world, one of their tasks is to promote the work of false christs. At that time, false Christs will join false prophets in seeking to deceive the world. Not only that, the false prophets have the supernatural power to perform miraculous wonders (Matthew 24:24). Dear friends and Christians, God is the Lord of miracles, but not all miracles are from God, because Satan has supernatural powers as well.

Why can false prophets deceive the world? Are there no pastors preaching God’s truths in the world? The reason is very simple, that is, before the Lord returns to the earth, all living genuine pastors, preachers, church leaders and believers will be caught away to heaven. Since there will be no real Christians on earth and the whole world will be entrapped in extreme darkness, false prophets and false christs will deceive others more effectively.

In Matthew 24, the Lord Jesus makes it clear that false prophets will deceive many people, including those who claim to be Christians.

Let me ask you a question: “Among the Christians you know, how many of them have the habit of reading the Bible on a daily basis?” As a pastor, I can affirm you that many believers don’t have the habit of doing devotion and reading the Bible every day. Why is that believers don’t read the Bible on a regular basis? There are many reasons behind it, and one of the reasons is that some Christians find the Bible dull and impractical, therefore some believers abandon Bible reading.

Why can false prophets deceive even believers? If Christians didn’t read the Bible and didn’t believe in God’s Word, no wonder they would be deceived by false prophets.

The Bible states that only the Father knows the exact date of the Second Coming of Jesus, thus we should not speculate (Matthew 24:36). Dear friends, the Bible is God’s Word, and by means of His Word people can get to know Him. God loves you so much that He gave His only Son Jesus Christ to die on the cross for the sins of all human beings. And because of Christ’s saving grace, believers will attain the peace and joy of forgiveness. Christians, the Bible is a lamp to your feet and a light to your path (Psalm 119:105), and because of that, you will not be lost in this dark age. Let’s apply the biblical truths to our daily lives, so that we can grow in spiritual character and aspiration. According to the Bible prophecies, many false prophets will appear as wolves in sheep’s clothing. Let’s read and understand the Bible so that we can distinguish between true and false truths. If you are interested to study the Bible, I seriously encourage you to have a look at the iEXP Bible Study Method that I have developed (https://kthumb.com/iexp-bible-study-and-books/).