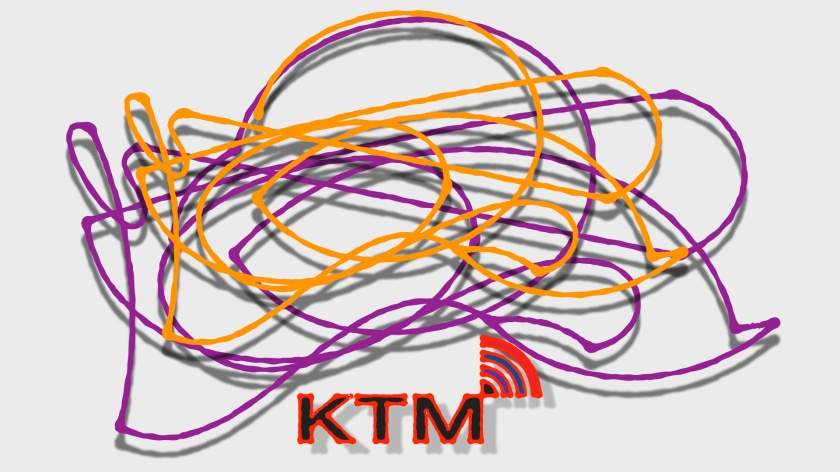 What do you think about the following News from

What could have been done to stop this tragedy?

Rajinder Kumar did everything he could for his adult son, including letting 27-year-old Ravi and his new wife share his upscale Des Plaines home. That family bond didn’t prevent Ravi Kumar from chasing his father down the street, then deliberately ramming his sport utility vehicle into the side of the older man’s car, Des Plaines police said Monday. The bizarre Sunday morning attack killed 54-year-old Rajinder Kumar and left his son facing first-degree murder charges.

The 1 a.m. crash occurred minutes after Ravi Kumar allegedly attacked and choked his father as he slept, authorities said. Rajinder Kumar escaped in his car, but his son followed, then slammed his Jeep Cherokee into his father’s Toyota Corolla less than two blocks from the house. “It was unprovoked,” Des Plaines Police Chief Jim Prandini said.

Arrested for April Fight with Dad

The slaying left neighbours rattled because Rajinder Kumar had worked hard to help a son who seemed troubled and possessed what one neighbour called “an angry side.”

“The dad couldn’t do enough good things for the son,” said neighbour Karen Tuccori, who lives across the street from the Kumars. “They were a very close family.” Despite that closeness, there were tensions. Ravi Kumar was arrested in April after he allegedly punched his father in the face during a quarrel in the family’s home on Carlow Drive, police said. When officers came to the home that night, Kumar struggled with them and had to be subdued with “two or three” bursts of electricity from a Taser, Prandini said. On June 22, Kumar pleaded guilty to a misdemeanor charge of aggravated assault stemming from that attack and was sentenced to one year of court supervision.

‘He Had an Angry Side’

While his parents both worked — the elder Kumar was a respiratory therapist at a Chicago hospital, while his mother was a nurse — Ravi Kumar spent most of his time just hanging around the quiet neighbourhood. He occasionally played basketball with children living nearby, but frequently just stood chain-smoking cigarettes in the open garage of his parents’ home. Sometimes, he’d display an angry side that left neighbours frightened. “If he got upset, he’d just go off on people,” said Mona Fortuna, who lives nearby. “He had an angry side,’’ Tuccori said. After Sunday’s deadly crash, Ravi Kumar — wearing only underwear — allegedly left his father slumped in his mangled car and ran back to the family’s home. He allegedly quarreled briefly with his wife on the front lawn, then rushed inside with her, where he was arrested later by police, authorities said. Ravi Kumar remained in custody Monday night and was scheduled to appear today in bond court.

1Lord, how many are my foes! How many rise up against me!

2Many are saying of me, “God will not deliver him.”

3But you, Lord, are a shield around me, my glory, the One who lifts my head high.

4I call out to the Lord, and he answers me from his holy mountain.

5I lie down and sleep; I wake again, because the Lord sustains me.

6I will not fear though tens of thousands assail me on every side.

7Arise, Lord! Deliver me, my God! Strike all my enemies on the jaw; break the teeth of the wicked.

8From the Lord comes deliverance. May your blessing be on your people. (Psalm 3:1–8 NIV)

1 Draw a question mark at the place where you have difficulty of understanding.

2 Circle all the words concerning the words and works of David’s enemies and number them in ascending order.

3 Circle the knowledge of David about God and number them in ascending order.

4 Underline the words that David used in his prayer and connect his knowledge about God together.

5 Refer to other translations and come up with some new insights.

Even though David was the honorable King of the Israelites, he was hunted after by his own flesh-and-blood, and he was also aging at that time. This was the background of this psalm as David spoke of his spiritual journey now. If you were David, how would you pray to God?

1 Why did David have to escape from his own son Absalom?

3 What methods did the enemies of David employ in persecuting him?

4 What did the poet know about God?

5 What were the essentials of the poet’s prayer?

There are 41 psalms in Book One, and David wrote 37 psalms except Psalm 1, 2, 10 and 33. Psalm 3 belongs to Book One. According to two German Lutheran scholars in their masterpiece, Commentary on the Old Testament, the theme was “Morning Hymn of One in Distress, But Confident in God.”

Regarding to its content, verses 2, 5 and 6 of Psalm 3 were closely related to 2 Samuel 15 to 17 (cf. 15:12, 13; 16:8; 17:1). This was one of the darkest moments in David’s life, as Absalom, one of the many sons of his concubines, the handsome and talented prince planned to overthrow his father’s kingdom by military force. This event was indeed a human tragedy. David wrote down his experience and state of mind in his own words.

The psalm is composed of five divisions:

Ahithophel the military officer of Absalom proposed to attack David with twelve thousand men only (2 Sam. 17:1), and by means of estimation, the size of the rebel army could be very huge (2 Sam. 17:1; 18:7). David told God about his suffering as he was trapped in a desperate situation.

“Many are they who say of me, there is no help for him in God. Selah” (NKJV) The enemies of David talked wildly, indicating that even God could not help him, that is to say, God had already abandoned David. Up to the present moment, no one can be sure of the meaning of selah. This word occurred 71 times in the whole Book of Psalms. In regard to its meaning, scholars provided several views below: first, it means to increase voices or instrumental accompaniment; that is, to sing or play louder; second, it indicates a pause or a rest, that is, stop and reflect; third, it means a repetition; fourth, it means the bending of the body as an act of reverence or respect.

“Holy hill” is Mount Zion or the temple mount. God chose Zion as the place where His people could draw near to Him through sacrifice; David convinced God would respond as he approached Him with prayers, specifically, hearing his earnest petition.

“Ten thousands of people” stand for many people; in other words, the number of enemies persecuting David was hard to count. As usual practice, people provide first the reason in some languages. Owing to God’s protection (Psalm 3:5), David could still sleep well when he was surrounded by many enemy troops (Psalm 3:6); thus revealing David’s dependence on God and his conviction of the Lord’s deliverance.

As his son brought his army to encircle and suppress him, David turned to God for help and asked Him to punish his enemies. David asked God for his deliverance and justification in his prayer.

The literal translation of the New King James Version: “Salvation belongs to the Lord. Your blessing is upon Your people.  Selah” This was not salvation of the soul, but physical deliverance. New Living Translation paraphrased it as: “Victory comes from you, O Lord. May you bless your people.” David’s faith was not built on his own wisdom, experience and military power, but solely believed that God could grant people victory. Furthermore, the aspiration of the poet was God’s blessing upon him.

It was extremely hard for David to face his own son’s oppression. Furthermore, it was hard for David to move forward as he was trapped in this situation. In this psalm, we know David was having an intimate relationship with God.

1 Absalom went so far as to capture his father, thus we can catch a glimpse of the sinful and unloving nature of humankind.

2 As godly people, when we are entrapped in difficulties, we should pray to and depend on God with faith.

4 We can see that David is a person who knows and trusts God very much in this psalm. This conviction and experience do not come from a short duration of time. Believers, whether in good times or bad times, let us resolve to experience God more.

5 We can see the unloving and dreadfulness of humankind in the event of Absalom’s hunt for David. Don’t feel strange if one of your close relatives became your enemy one day.

By applying the biblical truths to their lives, believers would experience God. When the Bible students experience God and His truths, they should follow the example of the early Christians of testifying to non-believers and believers boldly. By means of speech, we witness to non-believing friends and to edify believers alike. The fourth step of the iEXP Bible study is “Proclaim”.