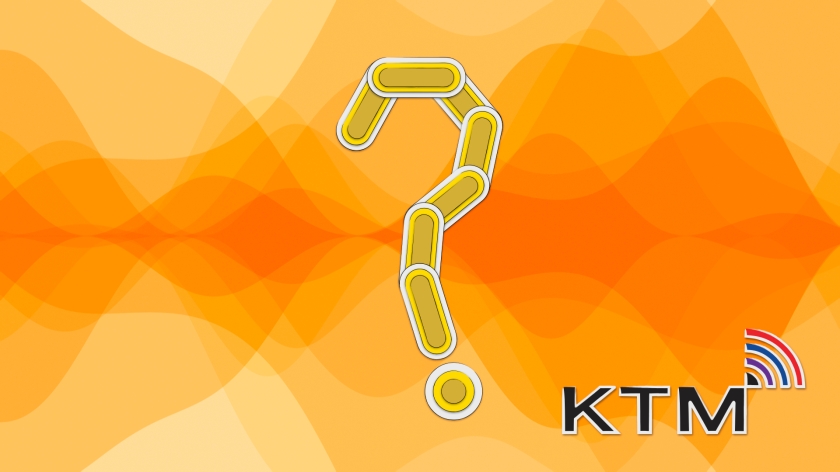 A hysterical scream pierced through the dead silence of the examination hall at the University of Toronto. It was bugs everywhere! Tens of thousands of bugs swarmed over the mid-term paper. Chantelle just couldn’t believe her eyes! She was brought up in a very clean environment and the first time that she encountered bugs was a year ago while she moved to live at a downtown apartment in order to be closer to school. That was an extremely scary moment, probably one of the worst times in her life! Thereafter, she started to see bugs everywhere, but not as serious as this time.

Dad rushed to pick her up at school and took her to the doctor. After a few referrals, Chantelle and Tyler were sitting in front of the famous psychiatrist, Dr Bennett. “This is a very rare case; I think you have developed ‘Bugs Phobia’. However, at this present moment, we do not have much information but will try our best to solve the problem. It’s better for you to take this prescription in order to calm your nerves first!” Dr Bennett was scribbling and talking at the same time without even lifting his head.

Should I tell Sherri or should I not? Sherri has been his work and life partner for over twenty years. She understands him inside out and is his soul mate. However, now Tyler feels the loneliness is going to devour him entirely. Sherri is still in the hospital under chemotherapy. Her uterine cancer cells are under control right now and she is getting better. How could I possible break the news to her at this stage and devastate her situation? The rings of the cell-phone interrupted his thoughts. Tyler’s manager, Jack, was calling him to get back to work. He has not been working for a week because of Chantelle. There were tons of meetings and projects to meet deadlines. “Do you know that you are losing the company’s money? You have made two wrong decisions lately and there is no way to fix the problem! If you do not come back as soon as possible, you will be on your own!” Jack hung up on him roughly!

What have I done wrong? How come everything turned out of control? God, are you there for me? Tyler was strolling toward the lakeshore while he had all kinds of questions popped up. He sat beside the pier helplessly, staring into the evening sky………. What a sunset! It was just phenomenal! The dark-blue sky was stained with orangey hues with streaks of golden yellow and beams of silver glare. This paved the background for a group of migrating wild geese. This was an awe-struck picture! If there is no God, who could have possibly created this? While Tyler was still thinking, he looked down toward his feet and saw a tiny white speck moving very slowly. Crouched down to see closely, Tyler discovered that it was a flipped-over little ant, trying his best to recover in order to transport a micro bread crumb back to its “ant society”! Once, twice, thrice, it keeps trying, until, at last, it could successfully flip over and carry the little crumb to its own food bank for the whole ant community!

“I don’t even deserve to be an ant! I don’t even have that kind of persevering strength and selfless heart. I am just here to whine about my own problems. I don’t even know how to get on my own life! O God, if you are there, why do you let me suffer helplessly? Why don’t you help me out? If there is no God, then who created this phenomenal nature and the willful tiny little ant? There is God, no God, God, no God…….” Tyler was still in his deep thoughts while staring the last sun ray disappeared entirely behind the skyscrapers!

As a Christian, how would you address Tyler’s question?

18The wrath of God is being revealed from heaven against all the godlessness and wickedness of people, who suppress the truth by their wickedness,

20For since the creation of the world God’s invisible qualities—his eternal power and divine nature—have been clearly seen, being understood from what has been made, so that people are without excuse.

21For although they knew God, they neither glorified him as God nor gave thanks to him, but their thinking became futile and their foolish hearts were darkened.

22Although they claimed to be wise, they became fools

23and exchanged the glory of the immortal God for images made to look like a mortal human being and birds and animals and reptiles.

24Therefore God gave them over in the sinful desires of their hearts to sexual impurity for the degrading of their bodies with one another.

25They exchanged the truth about God for a lie, and worshiped and served created things rather than the Creator—who is forever praised. Amen.

26Because of this, God gave them over to shameful lusts. Even their women exchanged natural sexual relations for unnatural ones.

27In the same way the men also abandoned natural relations with women and were inflamed with lust for one another. Men committed shameful acts with other men, and received in themselves the due penalty for their error.

28Furthermore, just as they did not think it worthwhile to retain the knowledge of God, so God gave them over to a depraved mind, so that they do what ought not to be done.

29They have become filled with every kind of wickedness, evil, greed and depravity. They are full of envy, murder, strife, deceit and malice. They are gossips,

30slanderers, God-haters, insolent, arrogant and boastful; they invent ways of doing evil; they disobey their parents;

31they have no understanding, no fidelity, no love, no mercy.

32Although they know God’s righteous decree that those who do such things deserve death, they not only continue to do these very things but also approve of those who practice them. (Romans 1:18–32 NIV)

1 For example, some people just cannot experience God’s eternal power and divine nature, what is the reason behind it?

2 What kind of sins can you locate here?

3 For example, how does God reveal Himself to humankind?

4 How does humankind provoke God to anger?

5 For example, what is the result of the sins of humankind?

6 Underline anything that relates to God’s attributes and dealings.

7 Number the sins in ascending order.

8 Put a circle next to the newly found insight.

1 What is the difference between God’s wrath and human wrath?

2 Why is God that angry?

3 Why did Apostle Paul unite “God’s righteousness” and “God’s wrath” together (1:17, 18)? What is the relationship between the two?

4 Does God really exist? How can we tell?

5 How do you know God as God in this passage? How much do you know about the Real You in studying the text?

Paul explains the righteousness of God is not only revealed in the gospel (1:17), he also points out the wrath of God is being revealed from heaven to all the godless and wicked human beings as well. As God is righteous, hence He must deal with the sinful behavior of humankind. The divine wrath is not the same as human wrath, for human wrath is normally self-centred, vindictive, and intent on harming another. However, God’s wrath is his divine displeasure with sin.

God is the eternal one and that is why He has eternal power.

“Divine nature” means godhead. It signifies the sum-total of the divine attributes of God.

Through the existence of the universe, God actively revealed Himself to humankind, and that is a rock-solid fact. Therefore, human beings simply cannot make up any excuses for their wrongdoings.

Human beings not only abandon the true God intentionally, but they add many false gods to themselves owing to the fact that they think they are wise. In simple terms, this is a sin of idol-worship.

“Gave them over” (NIV), it means deliver up, hand over, give up. Contemporary English Version paraphrases it as, “So God let these people go their own way.” (Romans 1:24) Since human beings choose not to worship the Lord who created the heavens and earth, they must be responsible for they do. As for the rebellious behavior, God’s judgment was to let these people going their own way and continuing to sin.

24 So God let them go ahead and do whatever shameful things their hearts desired. As a result, they did vile and degrading things with each other’s bodies. 25 Instead of believing what they knew was the truth about God, they deliberately chose to believe lies. So they worshiped the things God made but not the Creator himself, who is to be praised forever. Amen. 26That is why God abandoned them to their shameful desires. Even the women turned against the natural way to have sex and instead indulged in sex with each other. 27 And the men, instead of having normal sexual relationships with women, burned with lust for each other. Men did shameful things with other men and, as a result, suffered within themselves the penalty they so richly deserved. (New Living Translation)

God created man and woman and instituted marriage for humankind in the very beginning; however, human beings intentionally go against God’s established rule and get involved in homosexual relationships. This is a sin that provokes God’s wrath.

28 When they refused to acknowledge God, he abandoned them to their evil minds and let them do things that should never be done. 29 Their lives became full of every kind of wickedness, sin, greed, hate, envy, murder, fighting, deception, malicious behavior, and gossip. 30 They are backstabbers, haters of God, insolent, proud, and boastful. They are forever inventing new ways of sinning and are disobedient to their parents. 31 They refuse to understand, break their promises, and are heartless and unforgiving. (New Living Translation)

The Apostle Paul gives a list of sins that usually commit by humankind, as means of manifesting that they are not righteous, and hence inevitably provoke God’s wrath.

Paul points out some human beings are incurable, simply because “They are fully aware of God’s death penalty for those who do these things, yet they go right ahead and do them anyway. And, worse yet, they encourage others to do them, too.”(New Living Translation)

God is the righteous one (1:17), and humankind is the one who sins continually. The Apostle Paul points out the problem of humankind in unequivocal terms. First, he indicates that the Gentiles are not righteous (1:18-32), and move ahead to point out the problem of the Jews (2:1-3:8). He concludes that all non-Jews and Jews alike are not righteous (3:9-20). The Apostle gives a hint that foreshadows the later development of the Epistle to the Romans, and he continues to explain to his readers, the truth of justification by faith in Jesus Christ (3:20-5:21).

1 For example, try to stay in touch with the nature, and experience God’s eternal power and divine nature.

2 Attempt to witness to non-believing friends and friends by employing God’s revelation in the nature as illustrations in this coming week.

3 Envy, fighting, gossip, backstabbers, insolence, pride, inventors of evil……can destroy the fellowship of a church. Make a personal resolution before God, and pray that you will not commit the habitual sins that you are accustomed to in this coming week. As believers, examine yourselves carefully, and confess your sins to God and fellow believers.